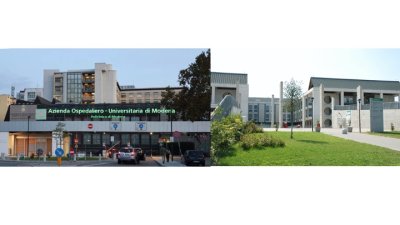 In the different Units belonging to the ERN team, the following are the most frequent conditions treated:

The Gastroenterology and Hepatology Division of Modena University Hospital is a national reference center for diagnosis and treatment of liver diseases. It includes 3 inpatients wards (Gastroenterology, Internal Medicine, Metabolic disease Unit) as well as 2 ICUs. Two Endoscopy facilities for diagnosis and treatment of biliary diseases and GI complications of liver diseases are also present. The Gastroenterology and Hepatology Division includes outpatient sections dedicated to portal hypertensive syndromes, cholestatic liver disease, liver and biliary cancers, and hereditary disturbances of the iron e copper metabolism. It has a close relationship with the Diagnostic Imaging Department, the Pathology Department, and the Liver Transplant Centre. It also includes a hemodynamics section for diagnosis and treatment of liver diseases, mostly related to portal hypertension. Research and diagnostic Lab are also present. The Gastroenterology and Hepatology Division is a national reference center for liver vascular disease such as essential portal hypertension, Budd-Chiari syndrome and non-tumor non-cirrhotic portal vein thrombosis; cholestatic and autoimmune liver diseases, and hereditary disorders of the iron e copper metabolism. In this concern, members of the ERN team participate in national and international networks of these diseases such as VALDIG (Vascular Liver Disease Group), Italian Registry of Non-Cirrhotic Portal Hypertension, non-HFE registry (European registry for genetically confirmed non-HFE hemochromatosis, Ferroportin disease and aceruloplasminemia), ERN-EuroBloodNet (for non-oncological hematological diseases including rare disorders of iron metabolism). The members of the Gastroenterology and Hepatology Division devoted to rare liver diseases have contributed significantly in the panel of the clinical guidelines for the diagnosis and therapy of these diseases of European Association for the Study of the Liver (EASL) and other nationwide medical associations (Italian Association for the Study of Liver Disease; AISF), and participate actively in other internationally associations such as the AASLD. These members organize symposia and discussion forums at national and international levels. Members of the ERN team contributed to the 2010 EASL CPG for hereditary hemochromatosis, are currently in the panel for the new EASL CPG for hemochromatosis and for the joint AISF-SIMI (Italian Society of Internal Medicine) CPG for Wilson’s disease. Finally, the participants in this proposed network on rare liver disease have a close collaboration with associations of patients with these diseases.